Play Six is an online lottery where you select six numbers from 1 to 36. The jackpot is won if you match all six numbers, with additional prizes paid out for matching 5, 4, or 3 numbers. You also have the chance to win an instant prize when submitting your Play Six entry.

Play Six uses numerous game themes, such as Navy Bomb, King Card, Magik Disco and Funny Fly, with seasonal themes introduced throughout the year. All themes available in Play Six share the same game format, including the cost of playing, the odds of winning and the prizes paid out.

There are nine draws a day at the following times: 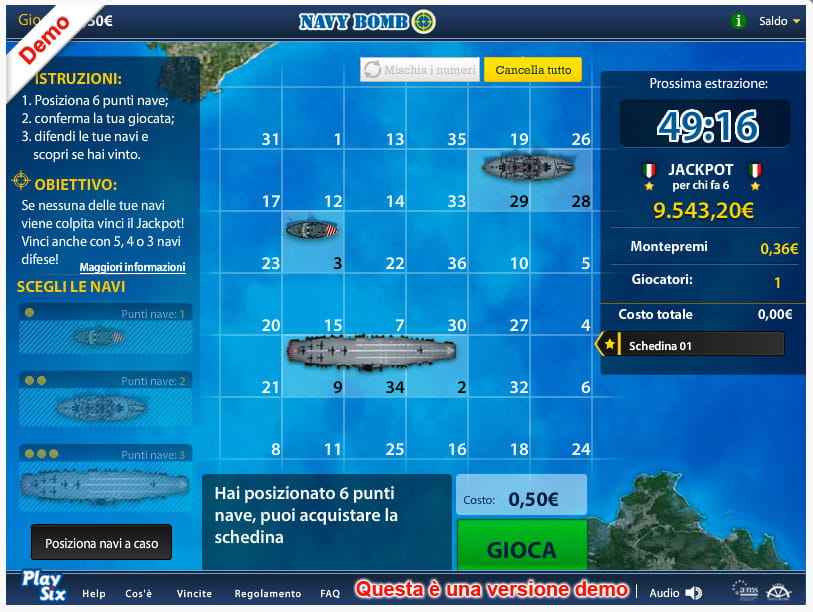 Navy Bomb is laid out in a 6x6 grid format. If required, you can reshuffle the numbers on the grid before you start. You now have three ships to position on the grid, one of which will take up one square, another that will take up two adjacent squares and a third which will take up three inline squares. Alternatively, you can press the appropriate button to randomly place your ships on the grid. Once positioned, the corresponding numbers on the grid form the six numbers you will play in the draw. When you submit your entry, the instant win game appears asking you to select one of four portholes. If the fish appears in your chosen porthole, you win €0.50. 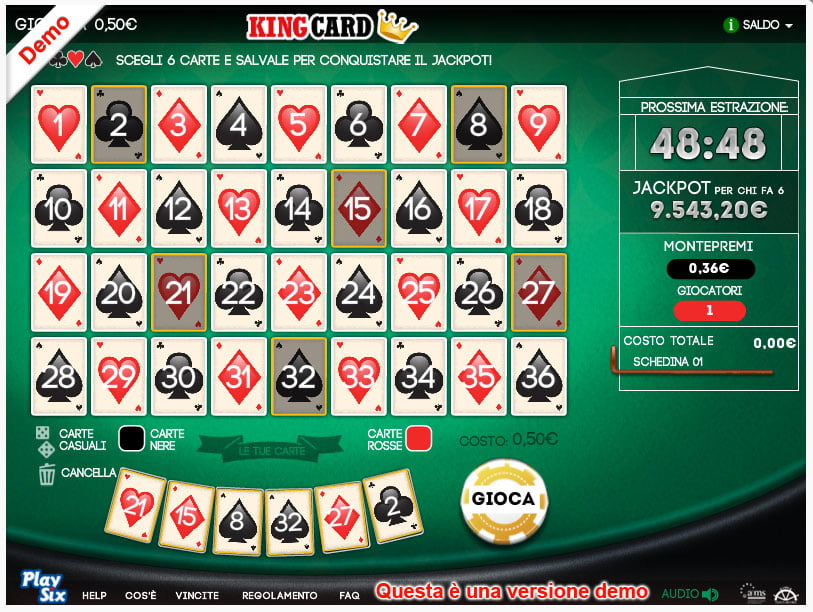 King Card is laid out in a 9x4 grid format of playing cards. Select six cards which form the numbers you will play in the draw. Alternatively, you can use the buttons provided for the dealer to randomly select six cards of black, red or mixed suits. The suit displayed on each card does not have any influence on your chances of winning. When you submit your entry, the instant win game appears asking you to select one of four overturned cups. If the ball is found under your chosen cup, you win €0.50. 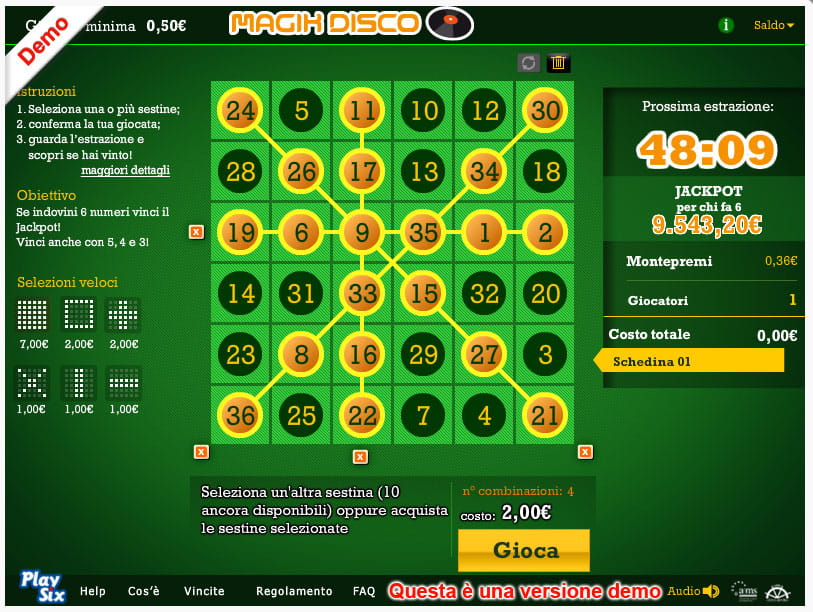 Magik Disco is a music-themed game, laid out in a 6x6 grid format. You have to select six numbers in either a horizontal, vertical or diagonal line. If required, you can press the button to reshuffle the numbers on the grid. Magik Disco also provides the option to play up to 14 lines, using the six pre-defined options on the form or by selecting additional lines on the grid (with each line costing €0.50). When you submit your entry, the instant win game appears asking you to select one of four hats. If the rabbit is found under your chosen hat, you win €0.50. 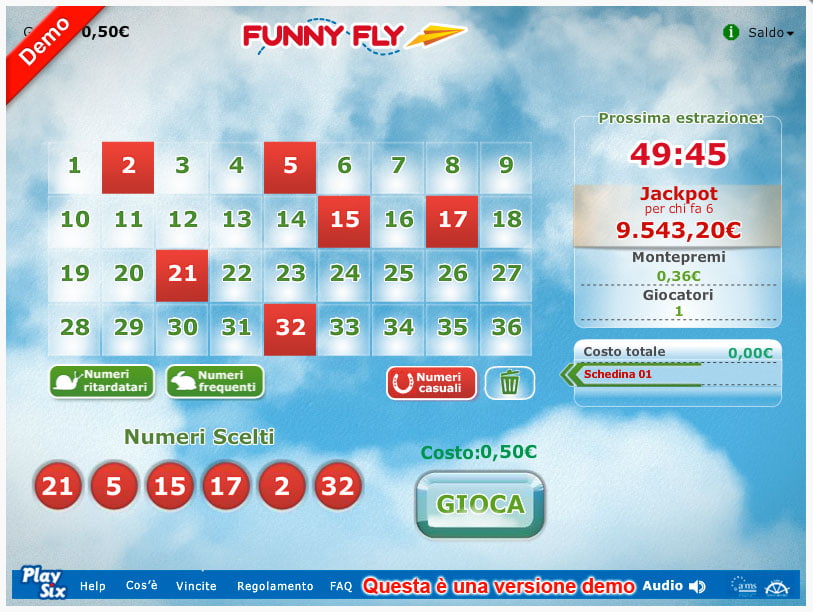 Funny Fly is laid out in a 9x4 grid format in numerical order. Select the six numbers you want to play in the draw. Alternatively, you can use the buttons provided to randomly select six numbers, select the three most common numbers or the three most overdue numbers. When you submit your entry, the instant win game appears asking you to select one of four clovers. If the ladybird is found under your chosen clover, you win €0.50.

The following table lists all of the prizes available in Play Six:

* Prizes may be lower if there is not enough money in the prize fund.